FROM DAWN TILL DUSK IN PANGLAO ISLAND, BOHOL 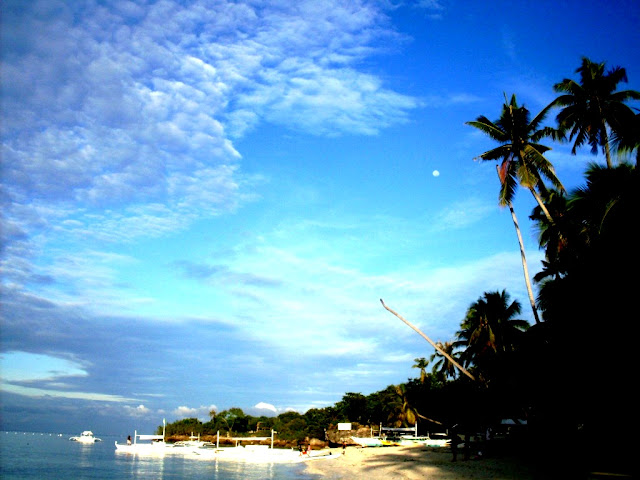 This is the Alona Beach in the Island of Panglao, Bohol. The name of the beach was originated from the famous sexy star of the 70's and 80's, Alona Alegre. In 1973, the film " Esteban" was shoot here on this island which stars the late Fernando Poe Jr. and with Alona Alegre as his leading lady. Since then, the beach where Alona ran naked was named after her.
White sand beach awaits you here. There are anchored boats ready if you want to go dolphin watching in the nearby island. Like in Boracay, night life is also very active in here. Most of the people who went here are "nocturnal". Theyare more active at night than day. Different kind of bars are present on the place, from expensive to less expensive, from native to imported menus and different kind of alcoholic drinks. There are also live bands performing every night and disco until dawn.

Boredom has no place on this place.

Panglao Island is very accessible. Less than an hour travel via a Public Utility Jeepney from the City of Tagbilaran. There are also vans for hire if you wish to have a private traveling experience.

I been here in Panglao Island because of a study tour. 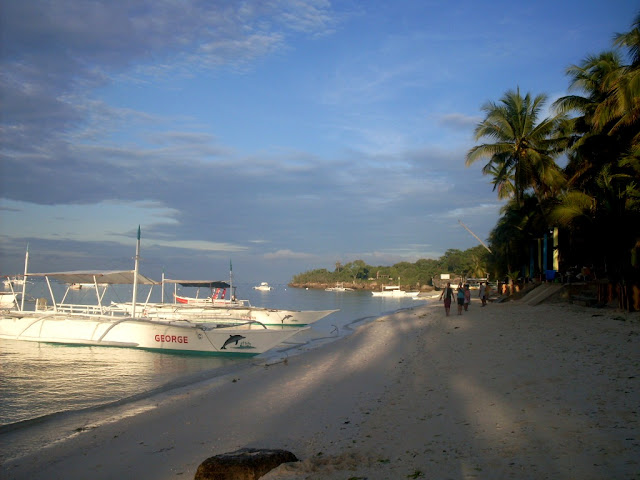 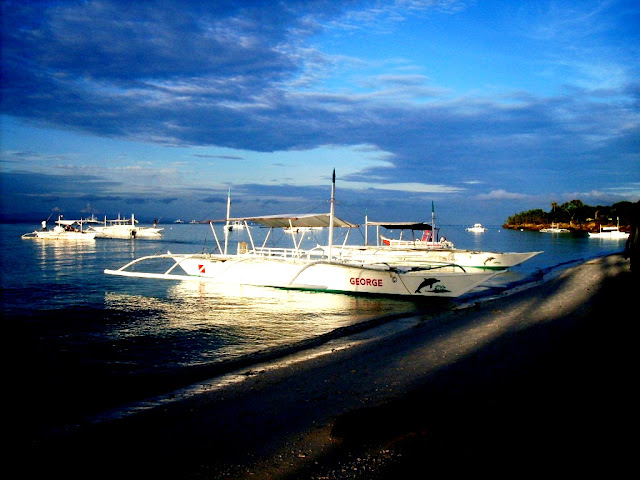 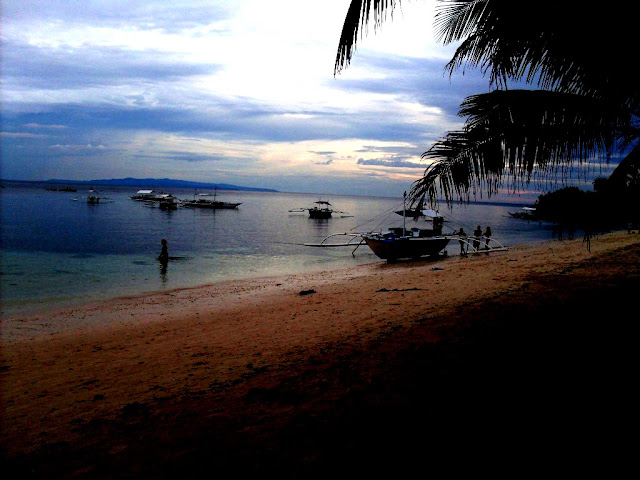 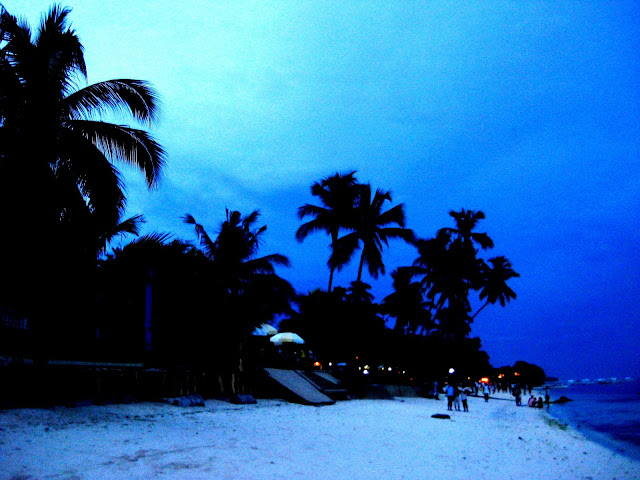 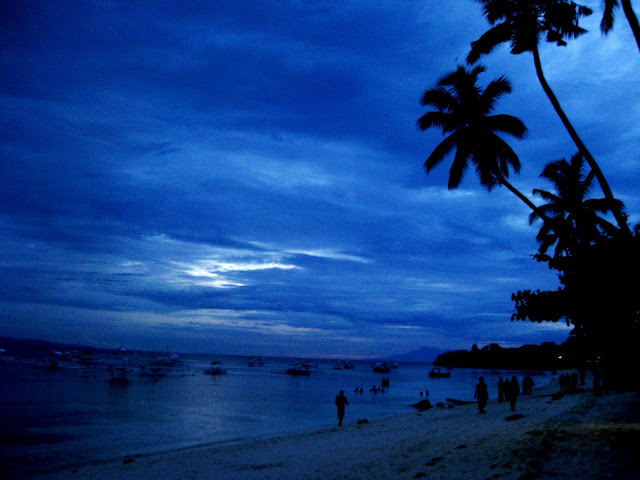 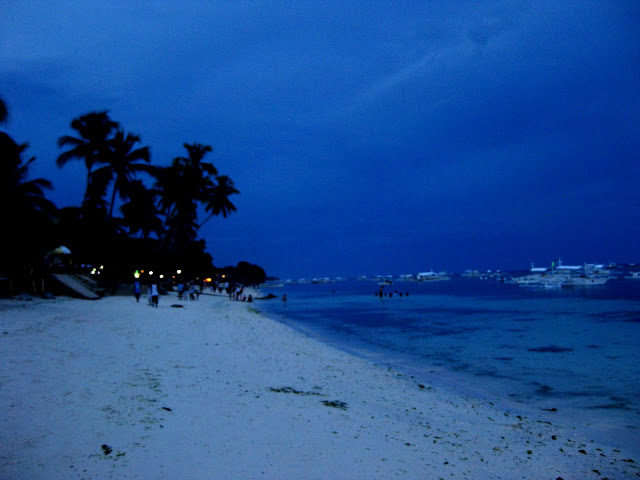 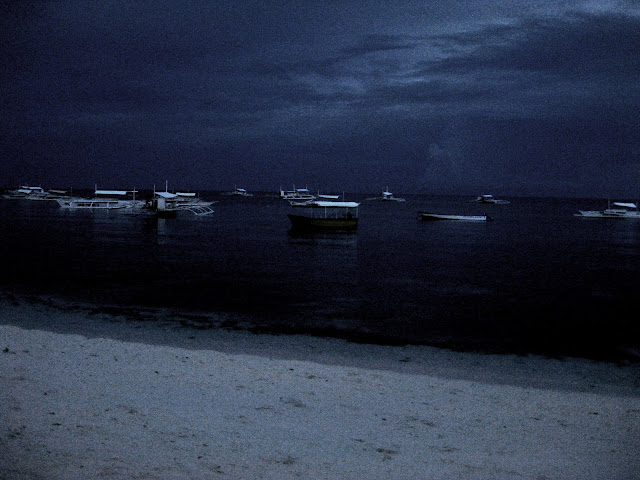