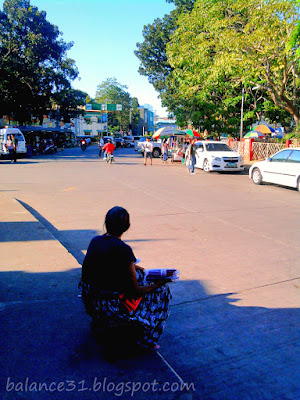 I am here at Cagayan de Oro city for another task to do. To train and enhance knowledge and skills of some employee about customer service. It was actually my second time to visit this city. Aside from the main objective why I am here, another purpose was to visit famous landmarks of the city especially the St. Agustine Cathedral. I want to add this church on my collection of Century Old Churches in the Philippines. So, after I accomplished my task, I visited the church and took some images. While I am taking some photos around the church, an old candle vendor woman approached me and asked if I wanted to buy some candles. I told her that I will buy later after I finished what I am doing. After hearing what I've said, a hopeful smile was drawn on her face. She patiently waited unlike other vendors that keeps on insisting and sometimes makes you irritated. I am a soft-hearted person and I really can relate to these kind of people because I was also exposed in poverty and experienced how is it to be "less-fortunate". This made me kept my promise to the old woman.

After I finished taking photos around the church I sat beside the candle vendor, bought some candles and began the conversation. I don't know, but there's a force within that was pushing me to know much about this old lady. Maybe because inside me was searching for something that's impossible to find, so there was the eagerness. I know it's not proper to directly asked her, so I began our conversation asking about what she knows about the church, activities during feast of St. Agustine, etc. Then I began asking about personal matters. She said she sells candles for the almost five years. A mother of two daughters who was left by her husband for another woman. Unfortunately, her daughters have shared the same fate with her. Both of them were also a single mother. And the more difficult part was when her daughters decided to  leave their children to her to work in Manila. That made her a grandparent and at the same time, mother of three children. She accepted the responsibility of raising her grandchildren in the hope of getting financial support from their mothers. But after a long period of time, no one of her daughter fulfilled the promised financial support. Later, she learned that they have again live-in partners.

Raising of three children was too difficult for her considering her "hand to mouth" situation in life. Everyday she  always thinking of what to provide on her grandchildren.  She haven't gone to school because of poverty so she cannot find a better job. Once she tried to be an all-around housemaid, but not for long because no one will take care of her grandchildren. Until she became a candle vendor. Despite of these difficulties  she never gave up. Not in her wildest imagination to abandon her wards. She was so determined to take care of the children no matter what happen.

Despite of what happened and despite being less-fortunate, the candle vendor who I didn't get the name, remains to have positive outlook in life. She still remains as a jolly person. According to her, there are some things we didn't want to happen but it happens, but it will not be the reason to gave up and be unhappy.

I thanked her for the conversation. He thanked me too for the candles i bought and I left before a tear fall down from my eyes. I learned so many lessons on that little conversation. Her story shows us the two kinds of mother. One, the mother who doesn't care for her child, a selfish one. A heartless one that can abandon her helpless child. Some make poverty a reason to abandon their children, but this in unacceptable reason. They are just selfish. They only think of themselves and their happiness. 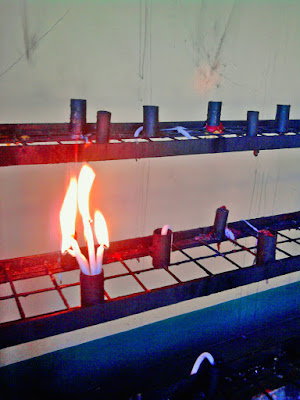 By the way, this story reminds me of my mother too. This is my entry to Pinoy Travel Bloggers' Blog Carnival for the month of May 2012. Theme: A Mother's Day Special hosted by Alvin Sabay of The World Beyond My Walls.

Pls. leave a comment and Thanks for dropping by!