EAT ALL IF YOU CAN IN LAOS One thing I never forgot here in Laos is their food. At first I think I will be getting thinner here because of the kind of food they serve in the restaurants or eatery. So much different from the food that I used to eat in the Philippines. Laotian used to eat raw food. Raw meat, raw vegetable, and so on. I can't imagine that some plants  which are considered as grasses back home are edible here. Every time you order a noodles or "shabu-shabu" raw vegetable is never absent. They are satisfied eating noodles on breakfast, lunch and dinner. One of the unforgettable moment here when it comes to food was when my Lao friend told me to try the "TAM MAK TENG". At first, I declined to taste the food they offer for their faces looks suspicious as they were offering it to me, but for goodness sake I have tried and tasted the food.  Wtf! It was so hot that I blew the food off my mouth. Then they burst laughing. They gave me a good time. But it was cool. I am a Bikolano and I am used to hot food but their spices were different. I thought I've seen my ears blowing smoke the time I tried that one!


As I stay longer on Laos, I discovered so many good foods, especially when we have our dinner at Dong Khan, an eat all you can restaurant for only 50,000 kips (estimated equivalent to 250 Php) per head. I also found out that there are "balut" here in Lao.

IS YOUR STOMACH TOUGH ENOUGH? On the province, there you will see a different kind of food. Exotic food. Food that never in my wildest dream to taste. Here, you need a tough stomach in order for you to taste the food. Here are some exotic menus: fried crickets and  cockroaches, sauteed worms,  rhinoceros beetle barbecue and snail in a soup, how's that? It's just like you're on the reality show "Fear Factor".

Thanks to Roger Martin for sharing some of the photos here. 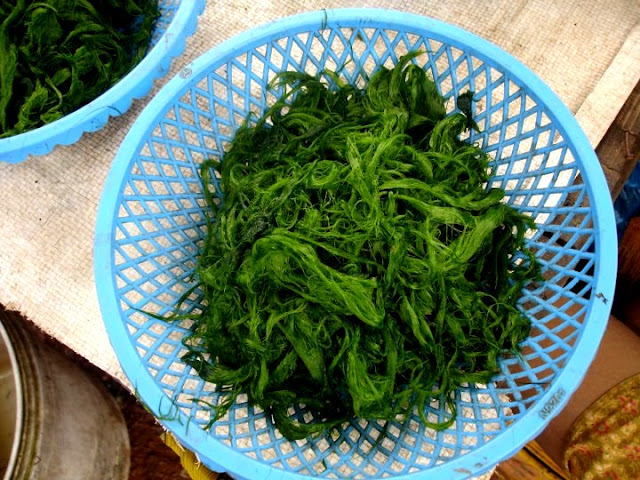 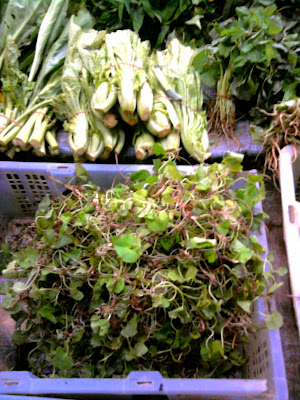 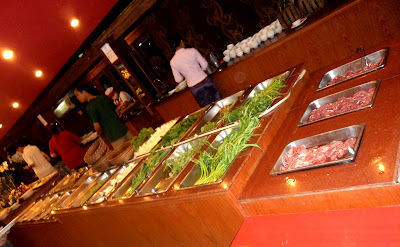 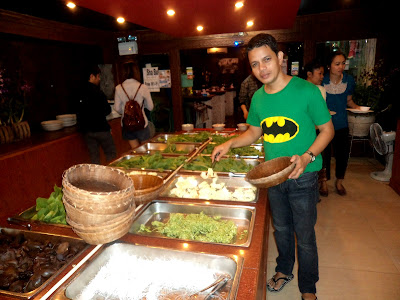 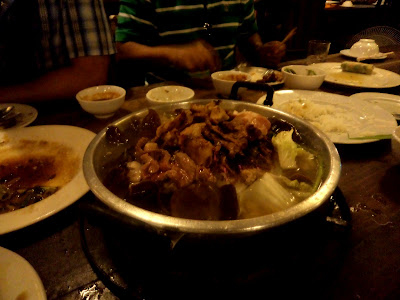 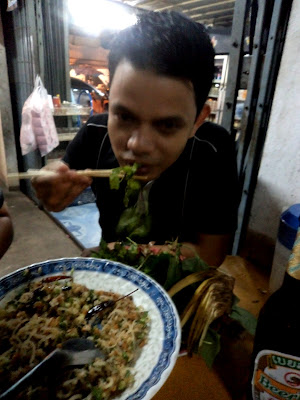 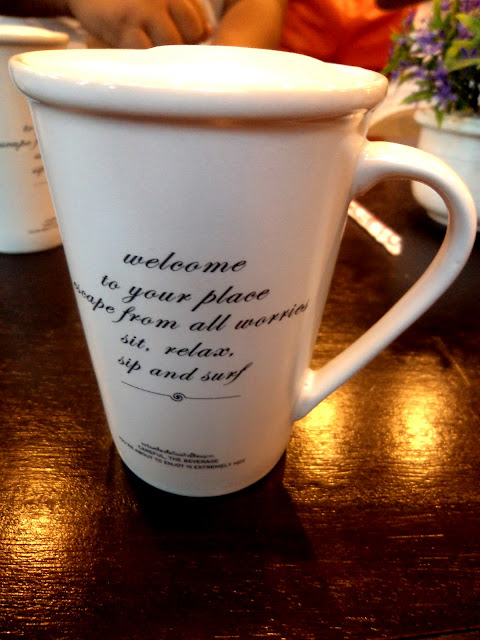 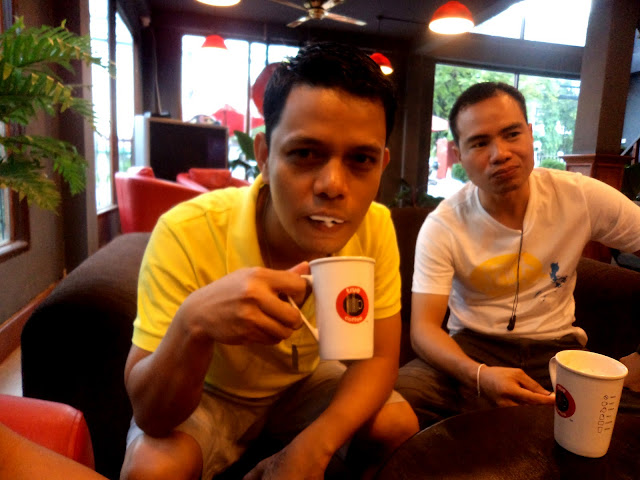 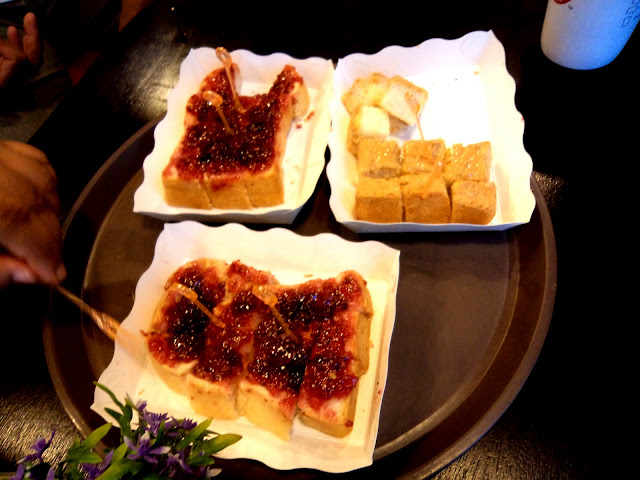 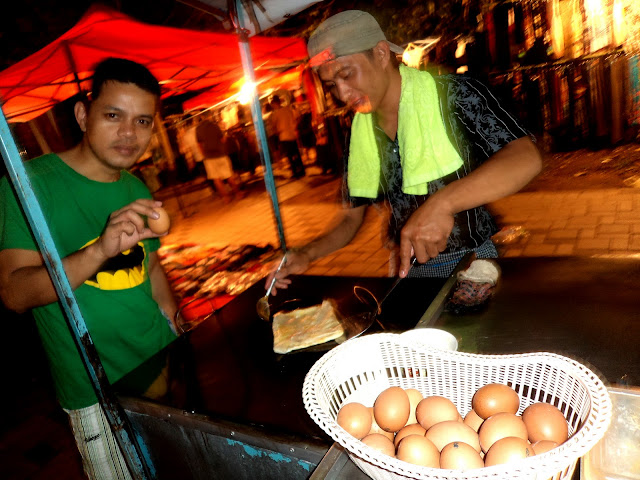 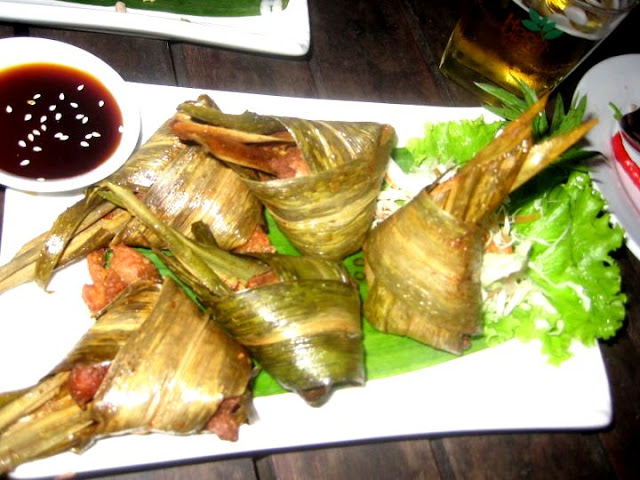 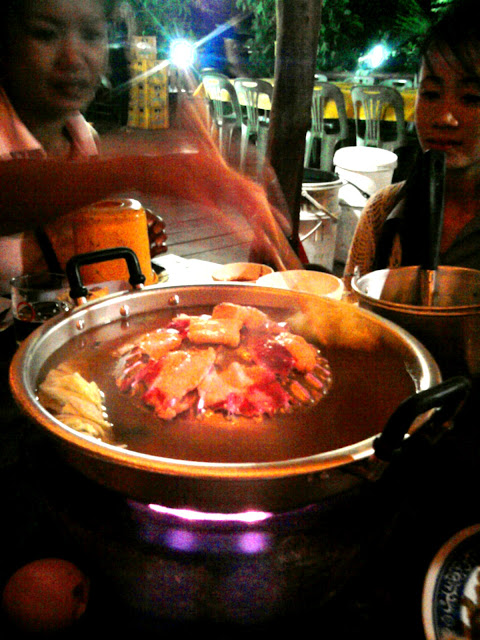 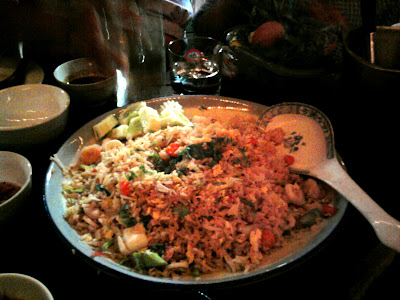 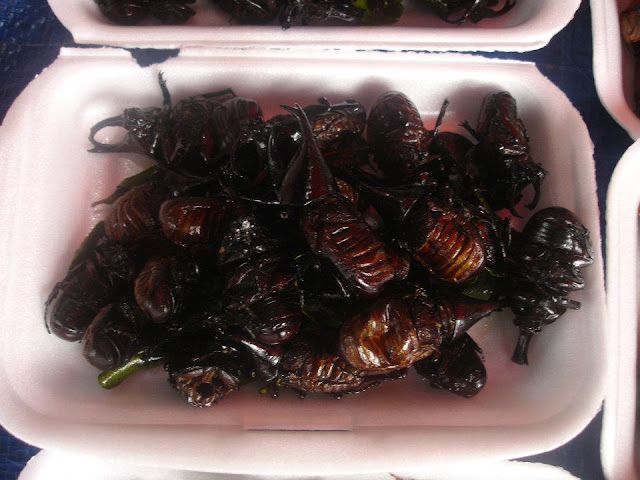 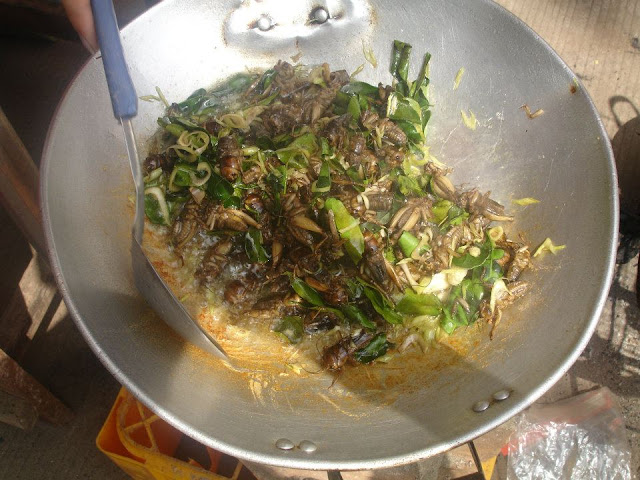 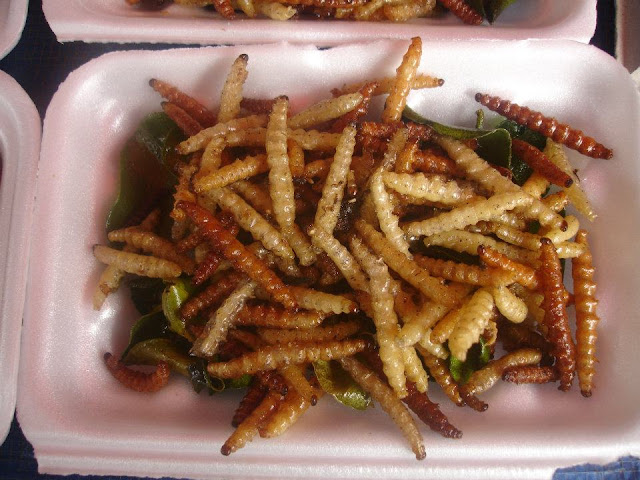 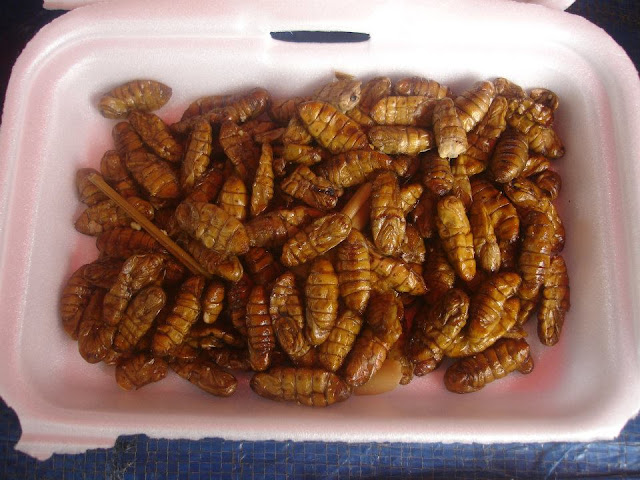 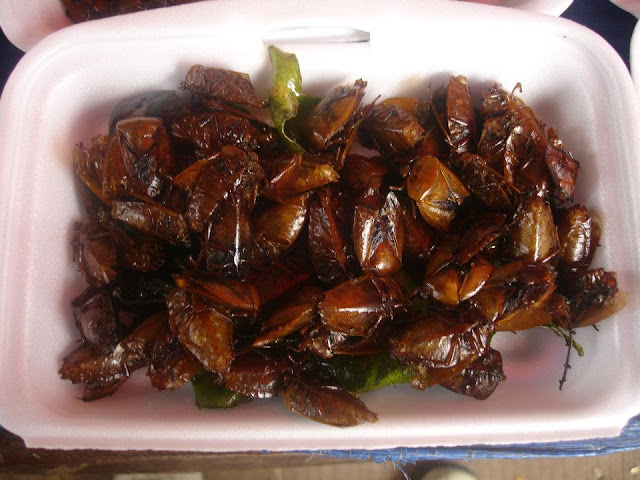 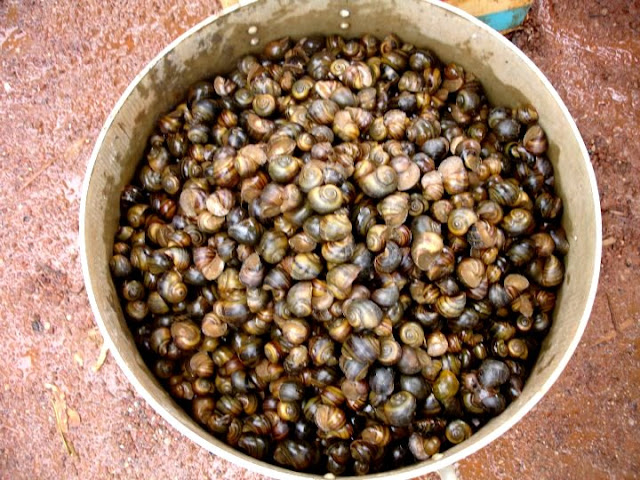