SUNSHINE AT THE END OF A STORM IN MATNOG, SORSOGON 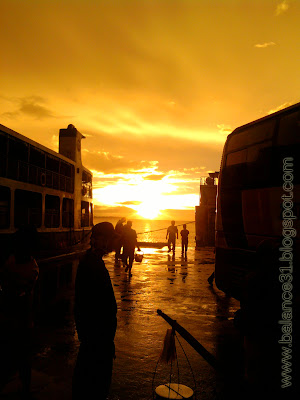 After 7 hours of sleepless land travel from Tacloban City, we reached the port of San Isidro in Samar. From the port we were about to board a ferry going to Matnog, Sorsogon.  I have no idea on what adventure I will be encountering. I was so sleepy and  I thought I could sleep aboard the ferry boat but unfortunately, the wind gone wild on that part of the Pacific creating big waves. As the ferry go farther the waves gets bigger and bigger with matching strong wind and rain. It was like a scene from the movie "Perfect Storm" where the ship was in the middle of the sea in the middle of the night that you can only see the big waves as the lightning flashes. Most passengers transferred to other part of the main deck as the rain and sea water enters the boat. A very loud banging sound of the ferry's ramp added fear to the passengers. Ship was swinging left and right, up and down. During the voyage, given the situation, I have to be ready of the worst case scenario. I locate first where the life jackets were and plan for myself an escape route if untoward incident will happen that time.

After 2 hours of heart-pounding travel we finally reached the port of Matnog safe and sound. Thanks God! And these were the scene that welcomes me in Matnog, a golden sun during dawn and a colorful rainbow on the other side. 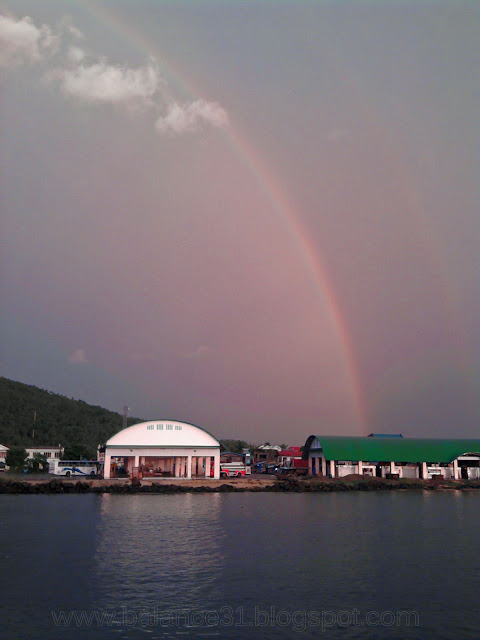