McARTHUR'S PARK, LEYTE: "I Shall Return" 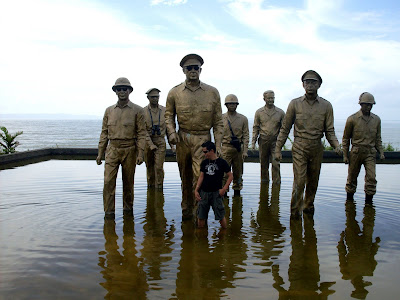 THE LANDING. This the site of the landing of American army general Douglas McArthur in the Philippines during the second world war. General McArthur landed on Palo, Leyte for the purpose of helping Filipino Soldiers, as reinforcement, fighting with the Japanese. The army general leave the place even the war was not yet over but promised "I shall return".
(On October 20, 1944, Gen. Douglas McArthur, together with the leaders of the Philippine Commonwealth and a combined alliance of Philippine and American Forces, waded on this hollow shores of Leyte to strike the first blow towards the liberation of the Philippines. After these long years, Gen. McArthur finally returned. Much blood may have spilled, treasures expended, and tears shed, before the promise made in Corregidor was fulfilled. But return he did. The landing in Leyte by the Armed Forces, however, was not a merely symbolic towards liberation, it was a manifestation of a unified effort of both forces to free this nation from the yoke of imperialism....f.e.m.)
How to get there:
The Landing site is just about 6 km from the capital city of Leyte. From Tacloban you can ride a PUJ to Palo, Leyte. Before you reached Palo Proper, at the intersection road to the landing site, you will disembark and take a tricycle that will get you to the site. 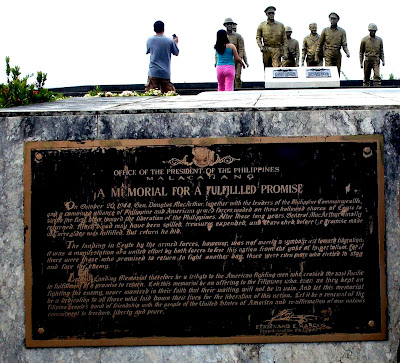 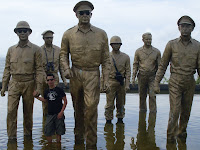 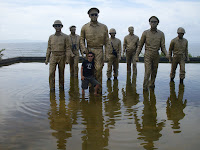 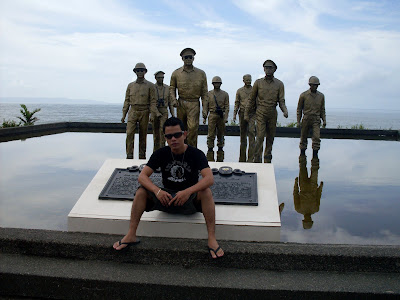